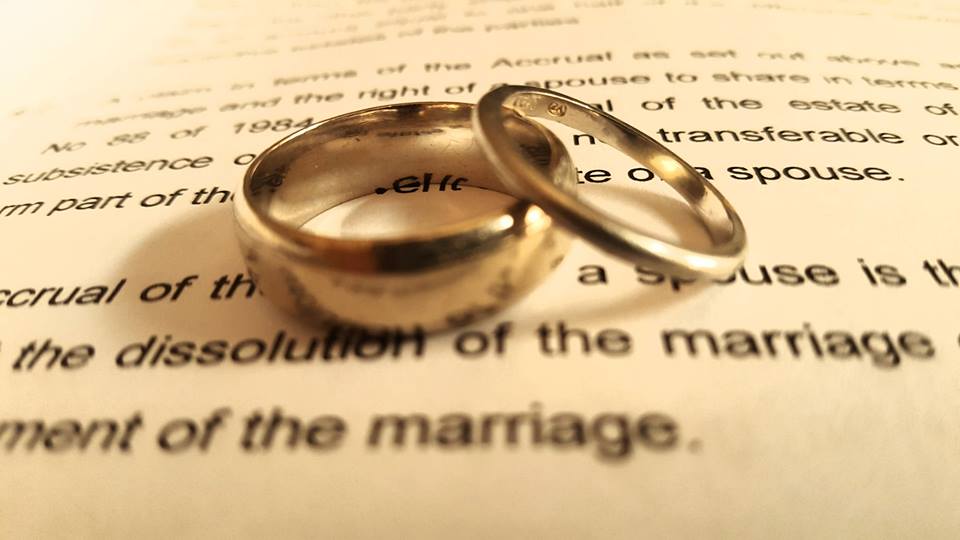 Nobody wants to think about the legal aspect of marriage when there are so many exciting and romantic preparations to be made. Let’s look at the important options you have to look at before taking the plunge.

Getting engaged is such a magical time in any couple’s life. There are so many things to think about. The dress, venue, cake, and all sorts of romantic details. The last thing you want to think about is protecting yourself in case things don’t work out. But the harsh reality is that there are many reasons to make sure you are legally protected.

Marriage has far-reaching consequences in respect of the spouses and their property. Marriage creates legal rights of one spouse to the company, affection, services, and support of the other. Courts have stated that entering into a marriage is a matter of intense private significance, as parties make a promise to establish an intimate relationship for the rest of their lives. The decision to marry should not be taken lightly. Our law recognises traditional marriages, customary marriages, same sex marriages, universal partnerships, and civil unions.

There are, however, three main matrimonial property systems you should consider before tying the knot. It is important to note that all marriages will be in community of property unless a valid antenuptial contract is entered into. Where the parties opt to enter into an antenuptial contract, whatever the provisions, it must be executed before a Notary prior to the wedding and registered in terms of the Deeds Registries Act.